Donkey and the Salt Bags 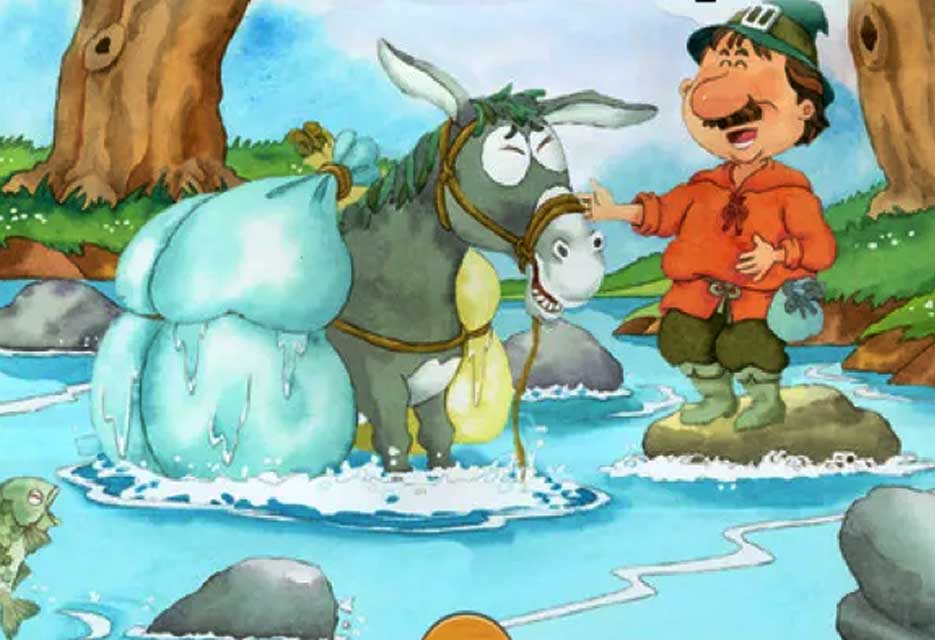 A salt seller used to carry the salt bags on back of his clever donkey to the village market for selling every day.

While going to the market, on the way he had to cross a small river.

Story says that one fine day while crossing the river the donkey suddenly tumbled down and the salt bag also fell into the stream.

The salt quickly dissolved in the water and thus the salt bag became light to carry. The donkey was amazed and happy.

The clever donkey sensed the magic of accidental dip in the water and started to repeat the same trick every day while crossing the river.

The salt seller was going into loss and was loosing kilos of salt daily and quickly understood the game being played by the donkey. He decided to teach a lesson to the arrogant donkey.

The next day he loaded a bag of cotton of the same weight on to the donkey back and strapped it tight.

Donkey was donkey and thus played the same trick again hoping that the cotton bag would become lighter. 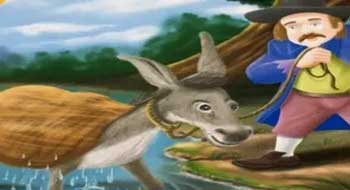 Bad for him the wet cotton became even heavier to carry and the donkey had a very bad experience and barely could manage to walk.

He had learnt his lesson by now.

He did not play the same and similar trick anymore thereafter.

Some body is always watching us
Don’t run after instant gratification.