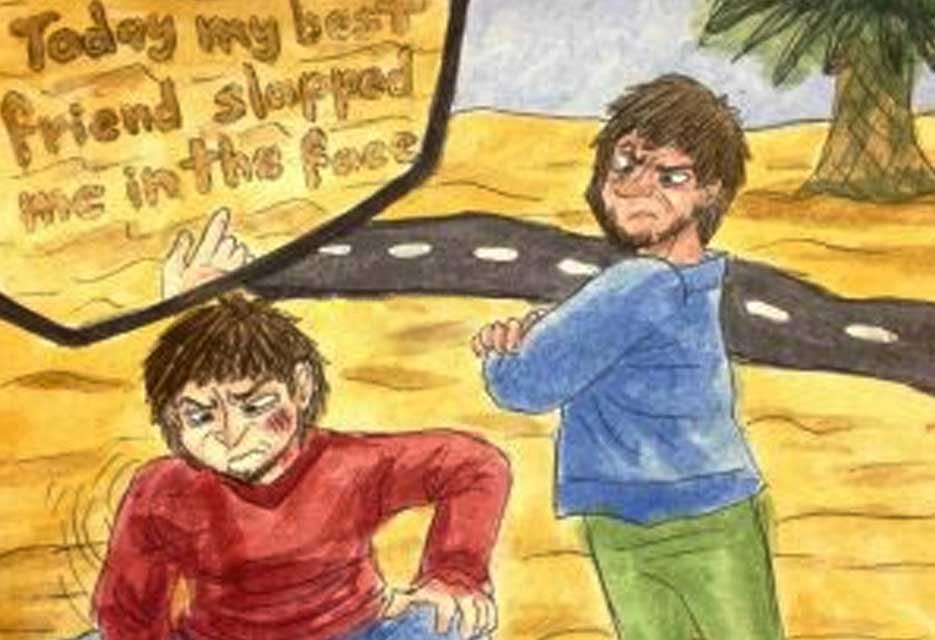 A heart touching story is told about two friends who were walking across the desert. At certain point of the journey both had an argument, and one slapped the other one on the face.

The friend who got slapped was hurt, but without uttering a single word, with a stick wrote in the sand “My best friend slapped me today.”

Both friends thereafter kept on walking on in the desert until they reached an oasis, where they wanted to refresh and take a bath. The friend who had been slapped earlier unfortunately got stuck in the mud and started to drown in mud and sand.

The friend who has slapped him earlier risked his life and saved him. After he recovered from the near drowning, he chiseled on a stone nearby – “My friend saved my life today-thank you.”

The friend who had earlier slapped and latter saved his best friend was surprised and asked him that after I had hurt you while walking in the desert, you wrote in the sand and now when I saved you while you were drowning, you have written on a stone. “Why this difference?” 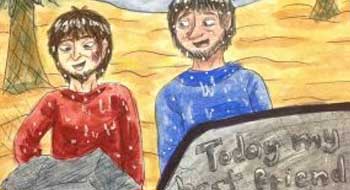 The other friend answered very politely – My dear brother , whenever anyone hurts us we should write the incidence on the sand where waves and winds of forgiveness can delete it away immediately leaving no memories.

But, whenever someone does anything noble for us, we should carve it on a stone where no wind can ever erase it.”

In order to live happy and contended forgive and forget people who knowingly or accidently hurt you. Never forget little words of kindness and be full of gratitude towards who care for you.