Two Friends and an Angry Bear 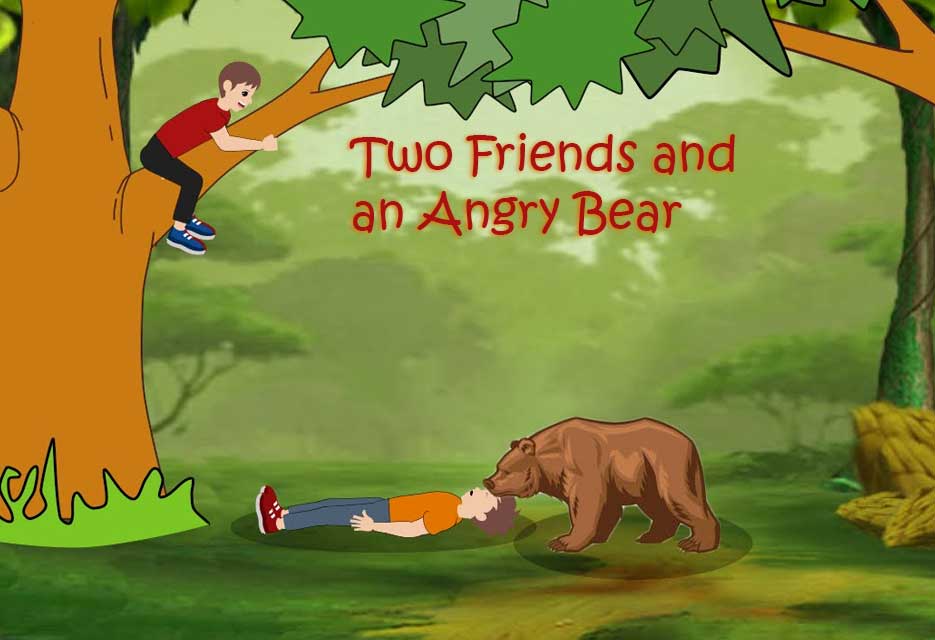 Once there lived two good friends who had grown up together in a small village in India. Story is told that once on a holiday both went walking into a forest, enjoying the beauty of nature and playing hide and seek.

While playing they forgot that day was setting and suddenly at dusk time they saw a huge scary bear lurking towards both of them. This totally frightened them and they were scared to death.

One friend who was fitter, and could climb trees ran up to a tree and climbed up quickly for his safety. He just forgot about other friend who had no idea how to climb the tree. The second friend was now an easy prey for the angry bear.

Second friend called for help and when it did not come from first friend he was sure of impending death. In these moments he remembered that his mother had once told him that bears don’t eat dead bodies, so he fell to the ground and held his breath. The angry bear sniffed him and thinking he was already dead moved on. 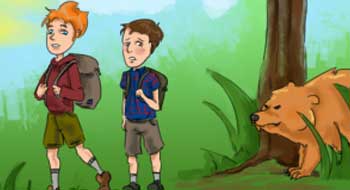 Latter, the friend on the tree asked the friend in the woods who had just escaped a painful death from being mauled by the bear-

“What did the bear say in your ears?”

“The bear instructed me to keep away from friends like you”

A friend in need is a friend indeed