Do you need Ovarian Cortex Freezing to preserve fertility in cancer?

No comments yet drpankajtalwar July 15th, 2019 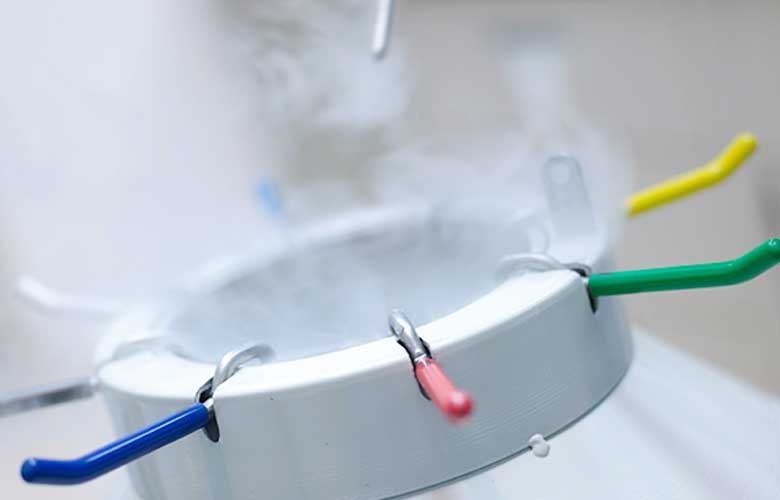 Have you been advised ovarian cortex freezing?

What is Fertility Preservation?

Fertility preservation is an effort of preserving eggs, embryos, and sperms of individuals who have been diagnosed with cancer or are preparing to undergo treatment, so that they can have children in the future. This method allows these individuals to remain potentially capable of having children once the treatment is complete.

Have you been advised chemo and radiation therapy?

Ovarian follicles are vulnerable to agents that lead to DNA damage, including ionizing radiation and chemotherapy, at any age. Such anticancer treatments lead to a reduction in the ovarian follicle reserve in a dose-dependent manner, and can eventually cause amenorrhea and premature ovarian failure.

Alternatively, there could be the occurrence of partial ovarian injury, in which the reduction in primordial follicle stockpiles is manifested by infertility along with a shortened reproductive lifespan despite the resumption of menses following the treatment of cancer. In such instances, the post-cancer treatment markers of ovarian reserve (Antral follicle count, FSH, Anti- Mullerian Hormone [AMH], inhibin B) can often resemble the levels similar to those seen in premenopausal women.

Are you young and want to preserve your fertility?

Women who are young or wishing to postpone maternity then embryo and oocyte cryopreservation are first-line Fertility Preservation methods in post-pubertal women.

Ovarian tissue auto-transplantation in post-pubertal women is capable of restoring fertility with over 100 live births currently reported with a corresponding pregnancy rate of 23 to 37%. The recently reported successes of live births from transplants, both in orthotopic and heterotopic locations, as well as the emerging methods of in vitro maturation (IVM), in vitro culture of primordial follicles, and the feasibility of In vitro activation (IVA) propose new fertility options for many women and girls.

Vitrification has also demonstrated successful live births and may be a more cost-effective method to freezing with less tissue injury.

Have you been advised ovarian cortex freezing?

Ovarian tissue freezing is the only option to preserve fertility in young cancer patients who have recently been exposed or are to be exposed to chemotherapy treatments. The technique mainly avoids injury to the primordial follicles, which are not subject to the deleterious effects of chemotherapy or radiotherapy. The technique of ovarian tissue freezing involves following steps:

Are you under stress and confused?

If what to do is in your mind. You don’t know what to do. Please approach us.